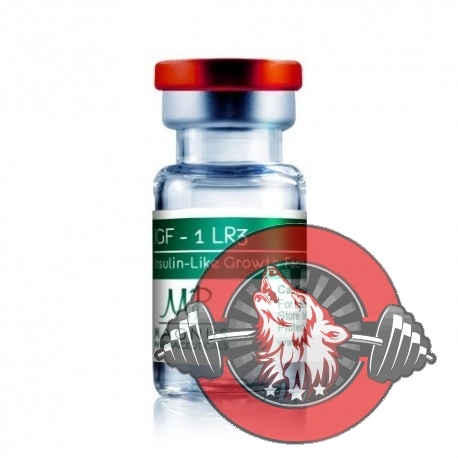 The sequence of IGE-1 LR3 and muscle growth:

IGF-1LR3 builds new muscle tissue by promoting nitrogen retention and protein synthesis. This causes the an increase in number of muscle cells(hyperplasia) and actual growth of new muscle fibers (mitogenesis).thus IGF-1 LR3 only not make more fibers they make muscle fibers bugger as well. in the term of muscle tissue and cell count IGF-1 LR3  can actually change the genetic capabilities. Number od types of cells present are increased and differentiates by the IGF-1 LR3.

IGF-1 LR3  have considerably longer half-life about 20-30 hours.  It has multiple effects on tissue and muscle cell when active.  Protein creation is better along with amino acid absorption as a source of energy. It enhances use of fat as energy. IGF-1 LR3 prevent insulin form carrying glucose across cell membranes in the lean tissue, as a result the cells have to change to burning of fat as a source of energy. It also mimics insulin in he human body.

Perhaps the most remarkable also strong influence it has on human body is its ability to cause hyperplasia, which is an definite splitting of cells, hypertrophy is what ensues during weight training. It is an increase in the size of muscle cells. There is fix number f muscle cells in Adult humans. With training that muscles can be become longer, however the number of muscle cells does not increase. But by use this drug you are able to actually increase the number of muscle cells present in muscle by hyperplasia. Research shows that with weight training the new cells become stringer and more dense and develop faster.

IGF-3 LR3 plays an important part in childhood growth and has to continue result in adults. It is made in the human body and ideal level of production in human body is during puberty. The maximum active length for research studies is 50 days on also 20-40 days off. The most common range during clinical research is typically between 20 mcg to 120 mcg per day.

IGF is the most responsible for the natural muscle growth that occurs during these few years of puberty. IGF-1 LR3 does many different things in human body, the most positive are increase the amino acid transport cells, increased glucose transport protein synthesis, protein degradation decreased and increased RNA synthesis.

The most intresting and potent effect IGF has on the human body is its ability to cause hyperplasia, which is actual splitting of cells.

Other cell component and protein are stimulated in muscle cells. Along with the amino acid absorption the protein synthesis increased. IGF-1 LR3 mobilizes fat for use as energy in adipose tissue as a source of energy. In lean tissues, IGF-1 prevents insulin from transporting glucose across cell membranes. As a result, the cells have to switch off burning of fat as a source of energy.

Research use of IGF-1 LR3