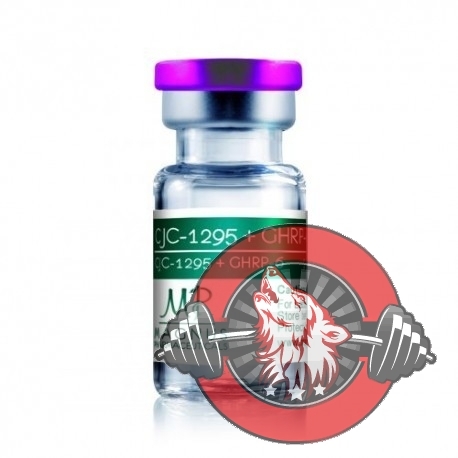 CJC1295 has shown some amazing results as a growth hormone releasing hormone (GHRH) analog.  Not only has CJC 1295 shown potential to increase growth hormone and IGF-1 secretion and effects, but it has been able to do so very large amounts.

One of the advantages of CJC 1295 over traditional GHRH or rHGH is its ability to bioconjugate with serum albumin, thus increasing its half-life and therapeutic window. It accomplishes this by using protecting groups around the amino acids of GHRH typically susceptible to enzymatic degradation.

Another benefit of CJC 1295 is its ability to promote slow wave sleep. Slow wave sleep is also known as deep sleep and is the portion of sleep responsible for the highest level of muscle growth and memory retention. SWS decreases significantly in older adults and also with people who tend to exercise later in the evening. Clinical studies have shown that a once-daily administration of CJC 1295 normalizes the GHRH response and can induce significantly deeper sleep.

Context: Therapeutic use of GHRH to enhance GH secretion is limited by its short duration of action.

Objective: The objective of this study was to examine the pharmacokinetic profile, pharmacodynamic effects, and safety of CJC 1295, a long-acting GHRH analog.

Interventions: CJC 1295 or placebo was administered sc in one of four ascending single doses in the first study and in two or three weekly or biweekly doses in the second study.

Main Outcome Measures: The main outcome measures were peak concentrations and area under the curve of GH and IGF-I; standard pharmacokinetic parameters were used for CJC 1295.

Results: After a single injection of CJC 1295, there were dose dependent increases in mean plasma GH concentrations by 2- to 10-fold for 6 d or more and in mean plasma IGF-I concentrations by 1.5- to 3-fold for 9–11 d. The estimated half-life of CJC 1295 was 5.8–8.1 d. After multiple CJC 1295 doses, mean IGF-I levels remained above baseline for up to 28 d. No serious adverse reactions were reported.

Conclusions: Subcutaneous administration of CJC 1295 resulted in sustained, dose-dependent increases in GH and IGF-I levels in healthy adults and was safe and relatively well tolerated, particularly at doses of 30 or 60 ug/ kg. There was evidence of a cumulative effect after multiple doses. These data support the potential utility of CJC 1295 as a therapeutic agent.