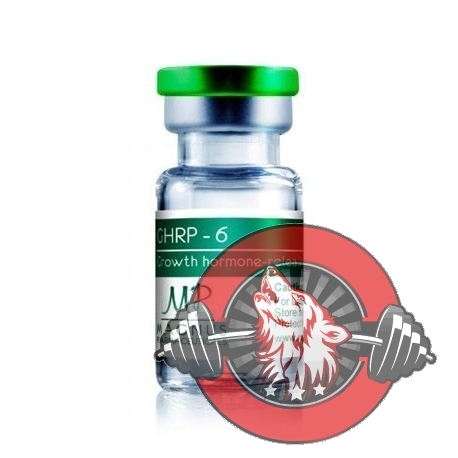 The peptide GHRP-6 stimulates the secretion of own growth hormone. It is often used with other growth hormone releasing peptide; GKHRP-2 and its action in many respects they are similar. GHRP-6 is one of the best sellingpeptide. It is touted not only as a means to improve the recovery processes, but also a drug for rehabilitation after injuries.

Effects of the peptide GRHP-6 is still being researched, in the scientific community. It is believed that the injection contributed to increasing the level of natural growth hormone and all the effects that accompany this process. By taking this drug the person will have a more rapid recovery after exertion, sleep tight and don’t suffer from fatigue and don’t require a strict diet to maintain a relatively low-fat percentage. By taking this drug the metabolism and appetite willbe increased, the latter is considered as the desired effect in the context of the objectives of the set of lean muscle muscles in the broadest sense of the word rejuvenation of the body, including firming of the skin, lower blood sugar and cholesterol. To increase natural body resistance to infections, anti-inflammatory effects, immune system strengthening. Increase muscular endurance. The effect of the peptide allows it to take when working on relief, bodybuilding. In powerlifting and weightlifting dose have a reputation, as his technique has a small effect on the power performance.  unlike otherpeptide drugs, GHRP-6  never use for weight loss, as it helps to increase appetite, and is suitable for those who are interested in lean muscle just not weight loss.

How to take GHRP-6

It depends on the absorption of the drug. The usual dosage is 100 per 1 kg of body weight. Increasing leads to increase of secretion of GRSbut not by much only 20% because the optimal dose is the above. Use the drug 3 times a day making injection 15 minutes before a meal and before training. After the injection, the maximum concentration actually achieved through G for 30 minutes then for 2 hours reduced to normal.

1-    Course with the peptide GHRO-6 can also include other GR releasing peptide, GKHRP-2 together they have a synergistic effect. The course durationsare from 6 to 12 weeks.  Is determined individually.

Increase in appetite is the common side effects of the GHRP-6. In the first 2-3 weeks from the start of reception, it can greatly interfere. Sometimes there is itching at theinjection site which is typical for all peptides.

The people who have tried injections of growth hormone, but refused them because of the cost. Such users report that the peptide is reminiscent of the action of G solo, but doesnotrequire additional administration of thyroid hormones.

Sometimes feedback meets fully the negative.  In some people don’t like the fact that the peptides give rather a little effect in reality. Many direct and write, compared to traditional pharmacology, they don’t work.

We are always happy to see you in our online store.