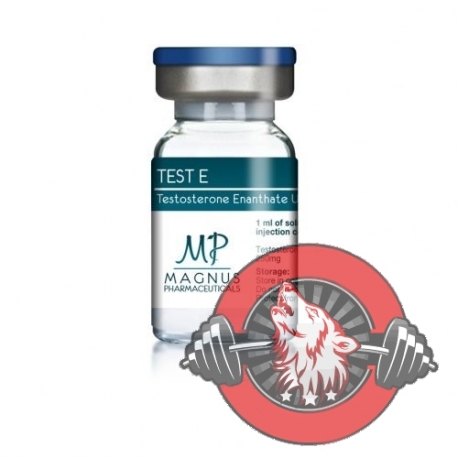 Testosterone enanthate U.S.P 250mg (Test E) is one of the most commonly used anabolic forms of the tablet and is the most ancient one too Due to the attachment of the longer enanthate ester chains with the testosterone causes the very slow release of that drug (it is a type of injectable compound). The half-life of the testosterone and the release rate are testosterone in augmented.

The release rate of the testosterone enanthate from the sight of injection is between 8 to 10 days. The mostly used frequency of that injectable is between one to three weeks but sometimes the frequency rate is different e.g. the drug is injected once in one week. This mostly happens in cases when the user’s body is addicted to that drug or able to tolerate the side effects of that heavy dose. Uptake of more dose causes better results as compared to the lower doses. It is reported that by using a higher dose in a week with proper diet causes the increase in the lean muscles, strengthen the body, and the size gain is good.

Testosterone is beneficial for the athletes as it increases their performance by increasing their strength and their performance. These drugs are also helpful for the patients who are deficient in testosterone level. Such type of drugs helps to increase their mental, sexual and physical health so that they can spend their lives in a better way. Testosterone may also be used for the boys in the treatment of their delayed puberty. Its use is also applicable for the treatment of certain type of breast cancer in females.

Testosterone enanthate is one of the many available testosterones’ (esterified variants). Its long chains of etherification are the cause of the slow release of the testosterone hormone from the site of the hormone. It would become the dominant testosterone in the future due to its longtime effects.

Testosterones that don’t have the etherification have a short lifetime and making its use very impractical and inconvenient but such type of drugs shows a sudden response after their administration. So we can say that the testosterone suspension is the type of testosterone which is totally esterified and does not have any eater bond into their structure. The enanthate increases the half-life of the testosterone 10 times means 10 days and the level of the blood plasma remains very high until approximately 2-3 weeks.

As when we are using this type of the drug the effect does not appear before 10 -15 days. In such cases, some new users become overdose for better results due to the lack of proper information. This uptake of the high amount of drug later causes many complications like other steroidal drugs. Hence, one (new user) should follow the proper instructions gives by experts and should take proper care of the diet with the uptake of the steroidal drugs. Proper diet according to the dosage is much more important for the proper function.