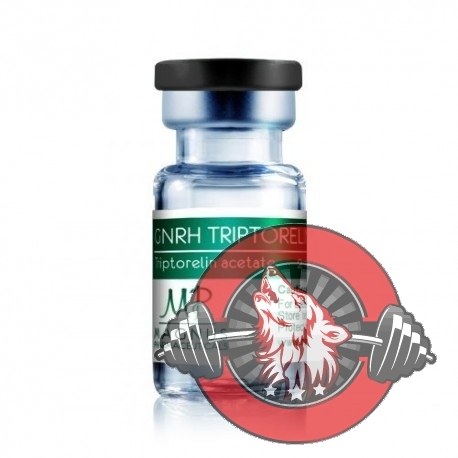 GnRH Triptorelin is a decapeptide that is occasionally known as Decapeptyl, Variopeptyl or Diphereline. It has a molecular formula of  C64H82N8O13, and it contains a molecular mass of 1311.5

GnRH Triptorelin at a Glance:

GnRH Triptorelin scientifically conducted experimentally on animal test subjects, it has been determined that GnRH Triptorelin’s Chief function is to lower the expression of luteinizing hormone and follicle-stimulation hormone. The first hormone is charged with controlling estrogen production is female anima test subjects and testosterone production in male animal test subjects. The second hormone is responsible for regulating the development, growth and pubertal maturation of an animal test subjects. The presence of GnRH triptorelin is thought to be able to provide a more regulatory process of development hormone secretion, ultimately providing a booted measure of homeostasis as it relates to development and growth.

Due to the way in which GnRH Triptorelin can function in conjunction with hormone-related secretions, a scientific study based on animal test subjects has determined that presence of GnRH Triptorelin can theoretically make it useful in the treatment of specific kind of hormone that is responsive to cancers, such as breast and prostate cancer. It is also thought that the peptide’s capacity to lower the secretion of theluteinizing hormone can help prevent the effect of certain estrogen-dependent negative conditions that could develop, such as uterine fibroid or endometriosis.

For Scientific Research Only

Although there has been conducted an extensive amount of research and study in relation to GnRH Triptorelin, it needs to be noted that all of the research has been solely built around the scientific study based on animal test subjects. Any kind of findings or observations thatare related to GnRH Triporelin’s overall mechanics, functionality or theoretical benefits should only be contained to the strict confines of a controlled environment such as medical research facility or a laboratory.

GnRH Triptorelin agonists are useful in

Treatment of delayed puberty in anindividual with precocious puberty

Management of female disorders that is dependent on estrogen productions. Women with menorrhagia, endometriosis, adenomycosis or uterine fibroids may receive GnRH agonists to suppress ovarian activity and induce a hypoestrogenic state.

Temporary Suppression of Fertility in Male dogs and cats.

Induction of Ovulation in Mares

Administration of exogenous FSH. Typically, after GnRH agonists have induced a state of hypoestrogenism, exogenous FSH is given to stimulate ovarian follicle, followed by human chorionic gonadotropin to trigger oocyte release. GnRH agonists routinely used for this purpose are buserelin, leuprorelin, nafarelin, andtriptorelin. GnRH agonists also provide a valid alternative to oocyte release triggering with HCG, resulting in an elimination of the risk of ovarian hyperstimulation syndrome.  The delivery rate is approximately 6% less than with HCG triggering