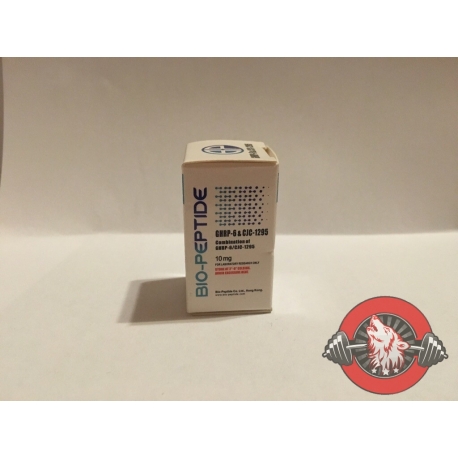 This drug is the combination of the peptide hormone and a peptide stimulator of production of its HGH. Basically CJC 1295 is a well combined with GHRP-6 or GHRP-2 to form the mixture. Due to the combination of these it allows achieving the effect of synergism.  Synergistic effect is much greater than the normal effect of each component. The basic purpose of this drug is to increase the anabolic effect mutually and to save money. Basically, this is the combination of drugs is used in the world of bodybuilding. And as a result, their effect is enhanced. this drug is specifically designed to stimulate the production of the growth hormone in the human body. It is safe to use. It has a direct effect on the pituitary gland, which turns in to increase the production of growth hormone. Even a single dose of it can significantly increase the growth hormone production. And this drug has a long half-life so that’s why preferably use over other drugs of the same category. After the intake of this drug there is no increase in the appetite and having same as the growth hormone.it helps to increase the strength and mass of the muscles and also it reduces the amount of fats reserves in the body. It also helps in the growth of the bones. One intake of this drug increases the concentration of growth hormone and IGF-1 which play an important role in other metabolic activities almost 2-6 times in the body. The mechanism of action of both drugs GHRP6+CJC 1295 is quite similar and it is quite natural. This drug has many benefits such as it increased body energy, strength, and restore the bone and cartilage system of the person who takes it. It also significantly increases the fat burning process. It stimulates the growth of the muscle mass and also gives strength to it. It decreases the recovery time period after the exercise and it also increases body immunity and overall health. It overall slows the process of aging. For this take one dose before going to bed. It is used by power lifters and bodybuilder in some other pattern of intake.

The Course and dosage:

This drug is taken through SC and IM route of administration. Its optimal dose is 10unit and this drug should use after the dilution in 1-2 ml of water. The recommended dose of this drug is according to the weight of the body i-e 1mcg. This drug should b administered in three parts in three times after an interval of 3 hours. The best time of its intake is after exercise and before bed and before eating. Its course time is about  6-12 weeks and it significantly increases the secretion of growth hormone.

If anyone has a contraindication or allergic reaction does not take this drug. It is safe to use but sometimes it is unable to tolerate. Causing dizziness or nausea. It can also cause little headache and slight swelling of the joints. Patients of hypersensitivity should not take it..