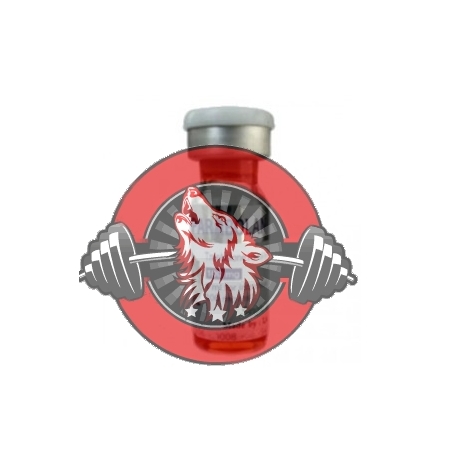 Parabolan is an androgen and fast acting trenbolone acetate, an anabolic steroid which is an active substance. This drug is mainly recommended to the experienced athletes (in sports) in order to obtain the increased strength and best quality of muscles. In comparison to trenbolone hexahydrobenzylcarbonate and trenbolone enanthate, the parabolon is best for the athletes who need fast movement. The active ingredient of the trenbolone acetate, nandrolone is the varied form with additional ethyl ester allows the fast movement to athletes.  Initially, this steroid was used as veterinary medicine for increasing the strength of the animals. However, presently it is one of the most famous among sports athletes due to its important and powerful effects to athletes.

It is the modern product with very powerful anabolic (400 % of testosterone) and (testosterone 200%) androgenic properties. But at the same time, the active time period is very short but the action of that drug is immediately after its use. That’s why athletes are recommended to take regular injections for the desired effects after adjusting the frequency of the drug.

The improvements in the sports after obtaining these steroids showed their varied and multiple properties.

The Course of the Trenbolone Acetate:

For males, the recommended dose of trenbolone acetate is 50 to 100 (75) mg on alternate days. Due to the least lasting effects of the drug its frequent doses are needed. The activity period of that drug is between 1-3 days.

Parabolone is not taken solitary; mostly it is taken in combination with other drugs for the best results (combined drugs can be AAS drugs). Its combination with different types of steroids is based on the objective of the athletes as well as its finances.

For the athletes who want to improve the muscle, mass quality can take propionate drug++ turinabol as the course of the testosterone. Course duration is 8 weeks.

In sports that steroid is mostly used to improve the quality of the muscles and to release the access water and fat and for the improvement and increase of the power.  This drug is not recommended to the females due to the higher risk of the virilization.

However, we must keep in mind that it is a potent steroid means that it also has negative effects as well as positive ones if we don’t consider its dosage. It particularly shows the side effects such as elevated blood pressure, UN proper sleep, increase of the face acne and aggressive behavior. If we take its UN proper dose then the signs like loss of hair, oily skin, reduction of libido (that is that the deficiency of the testosterone and reduced sexual activity after single intercourse) appears.

Women’s who are worried about their external appearance are not generally recommended with this, recommended to men only. Females who use these types of drugs face challenges like a change of voice, body hairs and facial hairs etc. most importantly save this drug on a cool and dark place and out of the range of the children as it can be very injurious for their health.