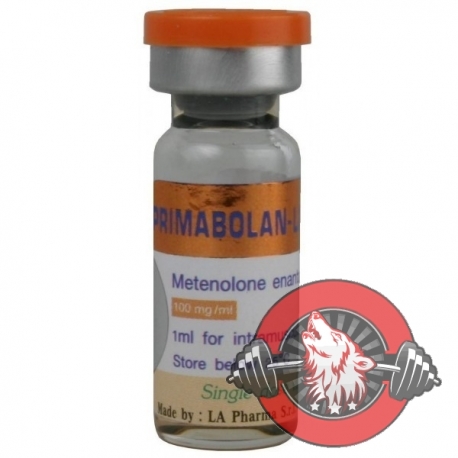 The Chemical name of the Primabolan is Methenolone Enanthate / Acetate. Primobolan is available in both tablet and injection and it is a steroid with unique characteristics. Primabolan is different due to its character that it contains different ester groups in both versions. There are some other hormones with similar characteristics like winstrol but Primabolan is unique in its esoteric character. Primabolan has anabolic to androgenic ratio of 88:50+/- and half life 10-15 days however it is not in the count of the most effective one steroidal hormones. Form the above-mentioned ratios it is confirmed that it is the drug have effectively anabolic as well as anti-catabolic characteristics. Primabolan can be added at anyone replacement therapy hormone as it is very safe steroid to use.

We can confidently say that with the use of Primabolan there is no need for the anti-estrogen or aromatase inhibitors as this steroidal drug is used in medical treatment of the breast cancer/tumors. As according to the above-mentioned characteristics in this steroidal drug aromatization does not exist that’s why the increased blood pressure level is not the matter of concern, extremely slight liver toxicity is observed, not any water retention is experienced by the users as well as this drug is also safe for females. One of the most important positive aspects of that steroidal drug is that the quantitative values of cholesterol, HDL, LDL remains unchanged. As Primabolan is a 17-alpha-alkylated steroidal hormone that’s why it loses its most of the potency when taken orally, in this case, alkylation counts positive but causes liver toxicity which is also harmful for the health.

Dosage and cyclic length vary depending upon the type of version you acquire. Minimum of 12 weeks cycle is recommended for this steroidal drug as Methenolone Enanthate have a log ester as its content. The full effects of the drug can be seen after 5to6 weeks as you can feel the muscles development and hardness. Most efficient results of Primabolan are reported with 600 mg per week for men up to 1000mg+; at this point, you really feeling start the effects of the drug. Primobolan is the most efficient and best steroidal drug but as it is somehow expensive to many people cannot continue its uptake for a longer time period; at that point this drug is not for the peoples who have a tight budget.

In the case of women, the most prescribed amount of drug is 100-150 mg per week. Oral version is recommended for those persons who can source both acetate and enanthate ester 1 due to the reason as it is easy to stabilize blood hormone level when there is a shorter ester. Also, this drug doesn’t take a longer time to start up the cycle. But the point to keep in minds that by increasing the amount of the drug more efficient results are obtained.

As it should be kept in mind that by increasing the amount of the dosages the possibility of side effect also increases like male baldness, oily skin, aggressiveness, acne, bodily hair, increased facial hair etc.